This section explains the process of constructing the Skeleton Typescript sample, starting from the Basic CLI application, process that results with the well known rendering: 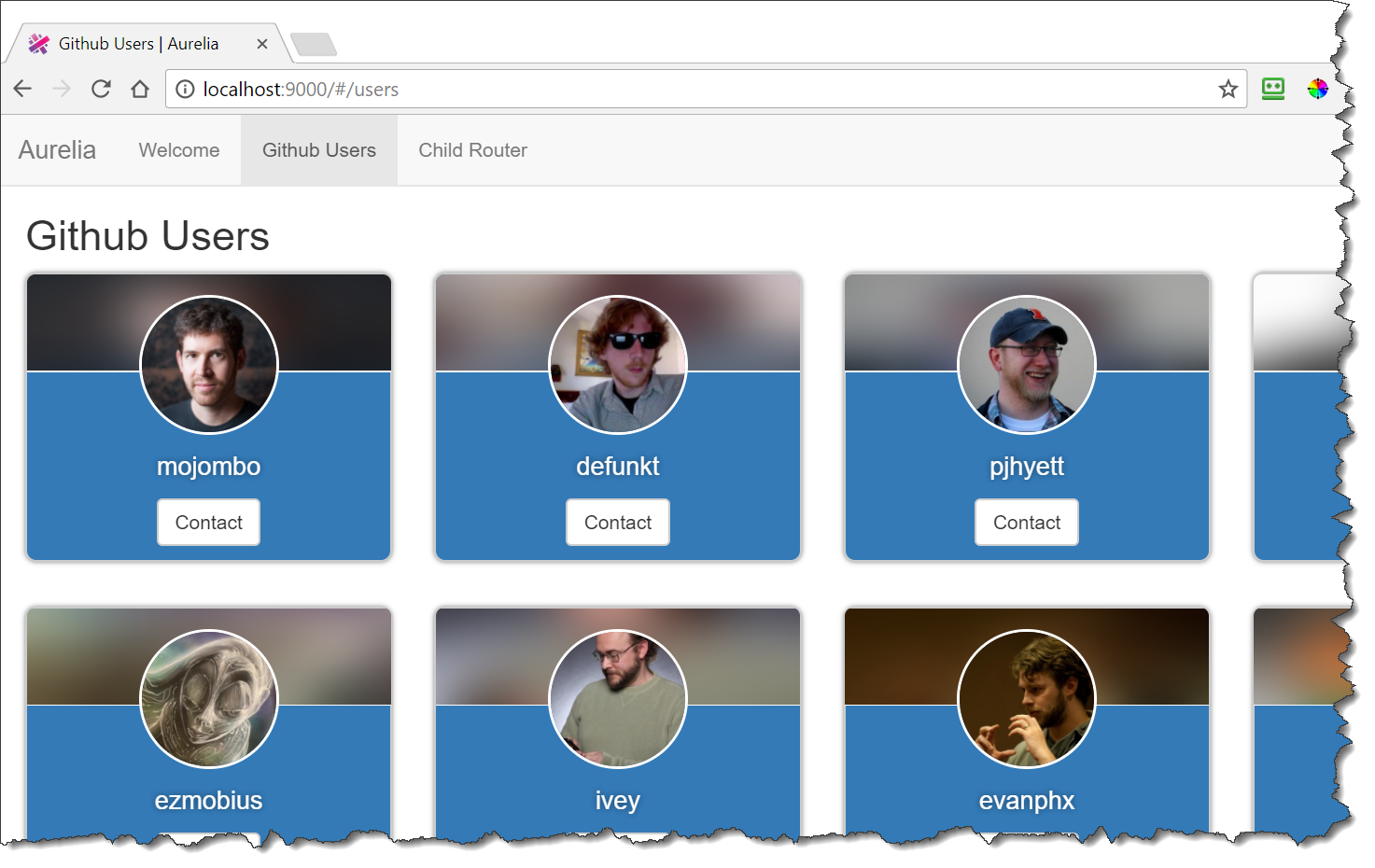 As you can verify by inspecting the src folder of the already finished skeleton-typescript-cli aplication, all those source files are completely unchanged. That should not be surprising of course - CLI is very respectful of all existing Aurelia applications.

There is no need to change anything in the app-bundle section of course - the "glob" will fetch all application transpiled source code.

Lastly copy the whole styles folder to the root level of this app. Add the line to

to our new index.html file

Since this application uses several third party modules (bootstrap and its dependency jQuery as well as aurelia-fetch-client, which requires the fetch polyfill, let's first execute the following commands (all in the terminal windows):

Looking at this line at the original Skeleton Navigation, we should install the jQuery version 2.2.4 - as it will ensure identical behavior as the original as well as proper function of the next application in our series Skeleton Typescript KendoUI:

Similarly to the case described in the previous chapter (Basic CLI application), we only need to add the following "snippets" at proper locations in the "vendor bundle" portion of the aurelia.json file.